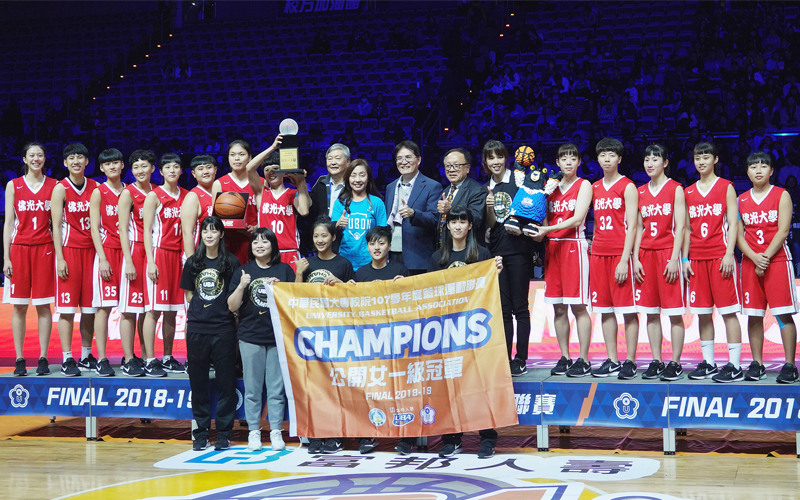 The UBA Junior Basketball League Women's Championship was officially launched on the 24th. The final result was defeated by Foguang University at 73:54 to defeat Shixin University, which won the championship tickets for the first time. The news came, the teachers and students of the school were very excited!
This important championship finals ended in the first quarter of the stalemate, the two sides have exchanges, the first quarter to finish Foguang University only lead two points gap, but after the second quarter, Foguang University achieved offensive rhythm and strengthened defensive intensity, only a single section Shixin University scored 4 points. In contrast, under the leadership of Luo Peiyu, Chen Mengxin and Liu Wei, Foguang University scored 18 points in a single quarter and opened the lead gap. At the beginning of the third quarter, Fo Guang University still had excellent offensive and defensive performances. The single section only allowed opponents to score 9 points. The final tie-breaking festival expanded the lead, and it came to a 32-point gap. The final result beat the Shixin University by 19 points and successfully won the post. After the game, the players excitedly embraced and celebrated the hard-won championship glory.
This year's outstanding performance of LUO PEI ZHEN and  LUO PEI YI sisters,  they are also the second year of the Faculty of Communication at Foguang University, and the relationship between the sophomores and the freshmen, for the good performance of the students in the school, HSU MING CHU, director of the Department of Communication, said I am very happy to see the two students in the department performing well on the court. They need to spend more effort on the coursework and basketball training than the average classmate. The hard work is a process we can't understand. I believe their stories can inspire more. Many children learn to persist and bravely pursue dreams. Finally, I am very grateful to the Foguang women's basketball team for using their sweat on the court to let the society know Foguang University and see the quality of Foguangshan.